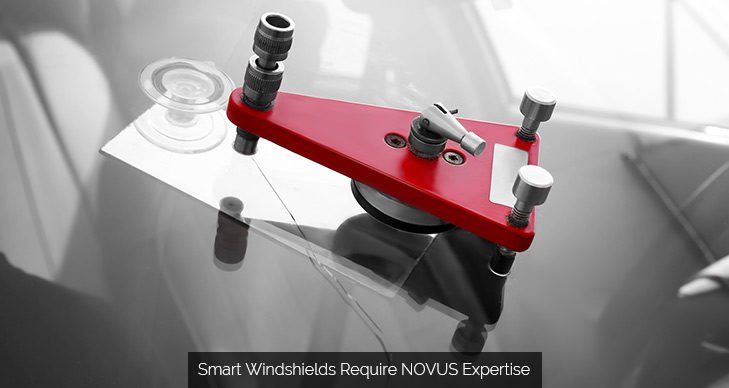 St. Paul, MN–If you think auto windshields have stayed basically the same since Henry Ford’s Model T began rolling off the assembly line in Detroit, you have to think again. Original auto glass protected occupants from wind but were a danger when they shattered. The invention of laminated glass in the 1920s and tempered glass in the 1930s were improvements, and that but pales in comparison to what automakers are doing today.

While some automakers (Ford, GM and many, many others) are working on autonomous driving, Apple is focusing some of their R&D money on other technology-forward aspects. While these projects are mostly still secret, some believe Apple inventors are working on making the auto windshield into an AR display. This is similar to current luxury cars that have displays projected onto the windshield, showing speed, direction, etc. But Apple will probably create a windshield that will allow passengers of autonomous vehicles to have windshield-sized interactive screens. Since occupants would be riding-not driving-they could use their commute time to FaceTime with friends.(Learn more from this article in TheStreet: Apple Could let you FaceTime from your Windshield.)

NOVUS is no stranger to auto glass innovation. Our founder, inventor Dr. Frank Werner, was familiar with windshield damage from driving the rough roads of Wyoming. After replacing three of his own windshields and sending the damaged ones to the local landfill, in 1972he and chemical engineer Bill Wiele came up with a way to repair damaged windshields rather than replace them. Warner and business partner Gerald Keinath, franchised NOVUS in 1985. So far, we’ve repaired 44 million windshields, saving a lot of space in local landfills.

It’s been 46 years since a frustrated Dr. Frank Werner came up with windshield repair but the need is stronger than ever. Summer in Minnesota, location of the NOVUS headquarters, is ubiquitous for road repair.Patched, rough and uneven highways strewn with orange cones and loose gravel mean an everyday commute is a windshield ding waiting to happen. Other areas have their own road issues, meaning the need for NOVUS services is great, and constantly growing. Thanks to NOVUS, many windshields can be repaired, but if you need replacement, we can do that, too.

If, in a few years, your automobile is driving itself and you are enjoying a conversation with your BFF via an Apple app in the windshield, you can be assured that NOVUS will be able to help you when hail, a rock, or a piece of debris hits that technology-filled marvel, leaving a large crack. NOVUS has already received more U.S. patents for windshield repair than any other company in the windshield repair industry, and they will be there for you in the future as well.

What People are Saying About NOVUS Glass